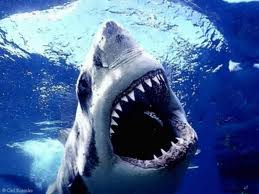 Shark Week isn’t the only time you can learn more about aquatic life. Last night as I was flipping the channels after dinner, I stumbled on a Discovery Channel program called “When Fish Attack.” The hour-long special detailed different freak marine accidents that have been caused by fish and other marine life. Surprisingly, there were less tales involving sharks than I thought.

There was a story about a young man who got seriously sliced up when a black Marlin that he was trying to reel in leapt toward his face. Another woman, an experienced deep sea diver, was dragged down 30 feet below the waves by a bottlenose whale. A man trying to bag a mako shark fell into the waves near his bait. Thankfully, all of these people survived and suffered little injury, but it just goes to show how unpredictable the ocean can be. Before your next seafaring adventure, make sure that all of your safety equipment is up to par and your engine is full of evinrude xd100 oil.