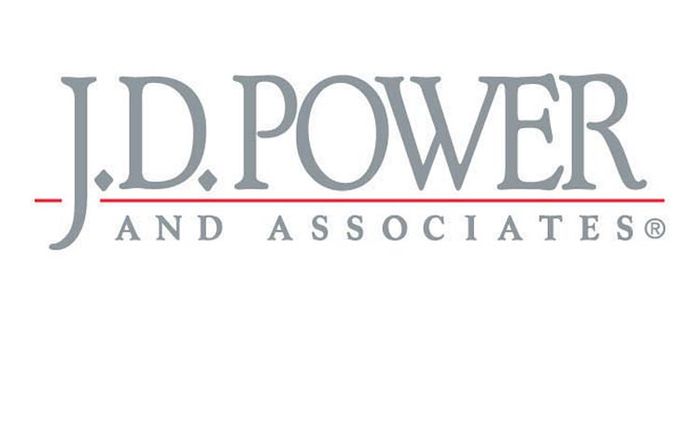 There are several oil brands on the market and it would be terrible to suggest that some might be lesser than others. But did you know that Evinrude oil was awarded with the title of “Highest in Customer Satisfaction with Two-Stroke Engines” by J.D. Power and associates.

J.D. Power is a long running certification program that utilizes consumer satisfaction data and their approval has been the lynchpin for many companies. Now, Evinrude can boast this nod from one of the leaders in consumer reporting. But why just read the report. Applying the usage of Evinrude in your boat or motorbike may have an improved performance; after all, J.D. Power and associates wouldn’t lie about that. 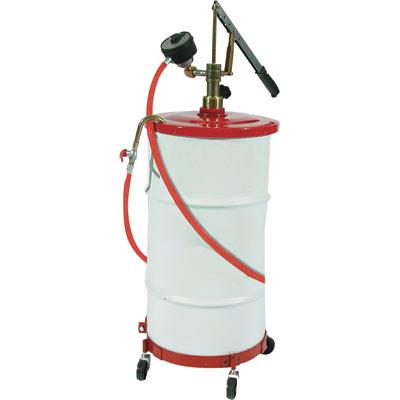 Now and then it’s necessary to suck the oil out of your engine. When draining the oil through a conventional drain port, sometimes excess oil is left in the tank. When you need to drain all the oil it’s best to use an oil pump, but amongst oil pumps, there are a few different types. You have your standard electric pumps, your manual pumps, and your fluid extractor kits.

With an electric pump, some need to be plugged in while others run off batteries or a charge, because of this, pumps can sometimes be inconvenient. Manual pumps tend to do the most thorough job extracting oil, but also require the attention of the owner and more effort. Fluid extractor kits are like manual pumps but streamlined for easier use, and though they cost a bit more, these tend to be the best deal. Chances are if you’re removing the oil you’ll also want to have a supply of Yamaha oil (or your preferred brand) on hand for replacement. 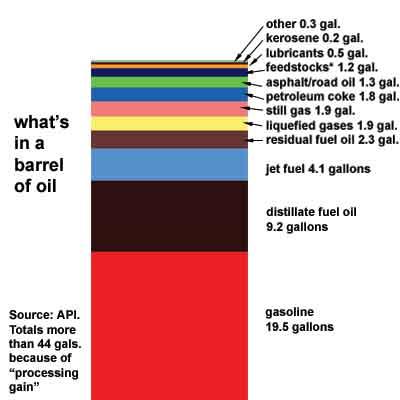 Preparing Your Boat for Summer 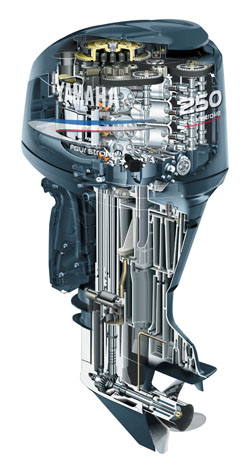 If you winterized your boat before the winter, there are a few steps you need to take before you set out on the open water in the summer. The first step is to ensure your engine us running well, this involves changing the outboard motor oil and filter, lubricating parts, and cleaning spark plugs. Next check all the hoses and replace those that seem like a problem. Ensure that the battery is working, and clean off grime with a battery brush. Check the wires for kinks or cracks and locate and fix loose connections. Tighten all the screws on essential engine components.

The final steps don’t involve the engine so much as the boat itself. You should make sure you have the necessary safety equipment on your boat including first aid kit, extra fuses, and anchor. It’s also a good idea to check your trailer and make sure the tires have proper air pressure and adequate tread.

When it comes down to it, the additives in outboard motor oil make all the difference. While an outboard motor oil made by Pennzoil won’t have the same additives as that of one made by Yamaha, Evinrude, or Mercury, it does contain the basics needed to meet TCW3 standards. For the avid outboard motorist, using manufacturer produced oil makes sense, as these owners will tend to use their engine more. For the owner who uses their outboard motor just a handful of times each year, a generic oil will work fine.

I’ve often received questions about whether two cycle oil has a shelf life, and if we’re talking about unused oil sitting on a shelf, then no. There’s no reason you can’t use two cycle oil that was refined even 50 years ago, though it won’t contain the same additives as newer oil. However, you shouldn’t leave oil in your oil tank for more than a year without use. Under these circumstances, the oil can solidify and become quite gelatinous. When the engine is started with this kind of oil inside of it, it can cause serious damage.

The real reason you would use Yamaha 2S oil over Pennzoil two cycle oil made in the 1950s is because the additives in the newer oil will help your engine to run better. In addition, you don’t know whether those older oils are TC-W3 certified; most certainly they wouldn’t meet the modern standards for two cycle oil.

Most newer boat engines and outboard motors come with oil injection systems, but older models will not. When using an older model of boat engine or outboard motor, it’s often necessary to premix your gasoline and outboard motor oil. Finding the correct gasoline to oil ratio is important, but it’s also important to use the right oil. When it comes to older boat engines and motors, most any TC-W3 certified oil will do. Manufacturers will tell you that you need a specific oil, but this is more an attempt to encourage the purchase of their products than an actual necessity.

Manufacturer branded oil contains special additives, and when purchasing a new boat engine or outboard motor, it’s a good idea to use the manufacturer branded oil to increase its longevity. But with older engines and motors, you can’t expect to prolong their lifetime by a whole lot purchasing expensive oil. In general, you can just buy generic TC-W3 certified bulk outboard motor oil from a retail supplier and it will work fine. 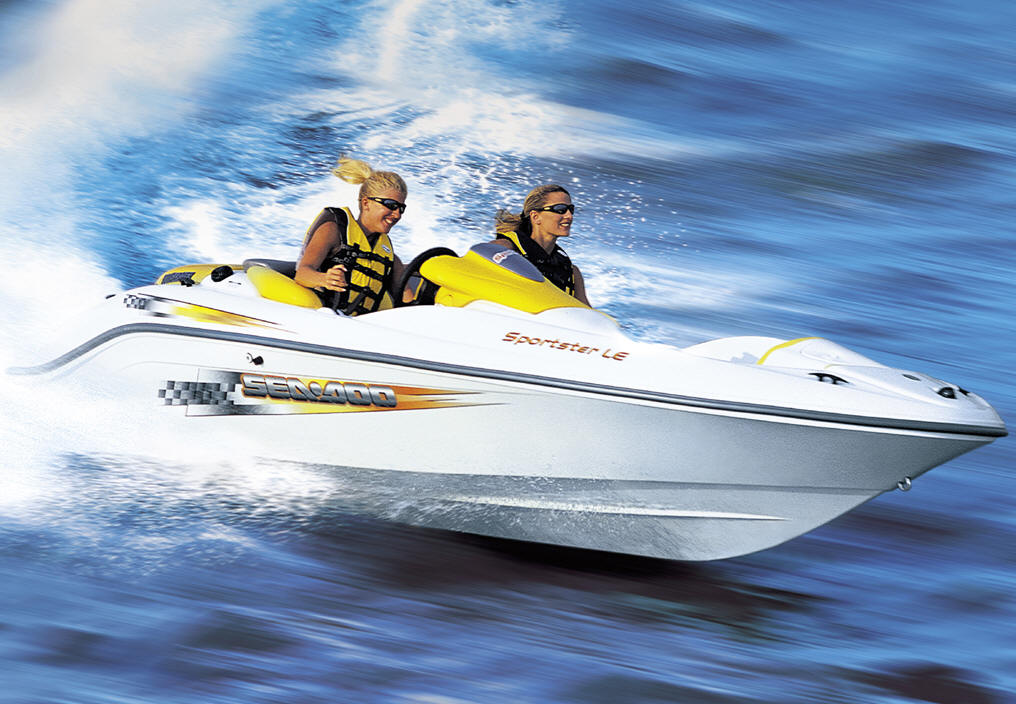 The conditions under which sport boats and personal watercraft are used are often much different from traditional watercraft. Because of the resistance from the water and the need for quick acceleration and braking, there is more strain put on a watercraft engine than the standard automobile engine. It’s necessary to use oil that contains special additives to increase performance and reduce condensation in the gas tank. For sport boats or personal watercraft, Yamaha 2M oil is an excellent choice.

With several two cycle outboard motors, there are known issues with the sparkplugs becoming saturated with gasoline. This in turn causes the sparkplugs to foul, and the motor to fail after it warms up. While this could be an indication of a more serious issue with the motor that will require professional intervention, often the problem is caused by one of two factors: incorrect spark plugs, or incorrect gasoline/oil ratio. It’s important to check that you are using the correct spark plugs for your outboard motor, as the wrong sparkplugs will cause the engine to fail. It’s also a good idea to check that you’re using the correct gasoline to two cycle outboard oil mixture, as this can cause the spark plugs to become saturated.

If one of these two problems doesn’t fix your engine, it’s probably time to consult a professional about what else could be wrong. If you know a thing or two about outboard motors, you can always check around online for other owners who have had the problem and make an attempt to perform maintenance yourself. 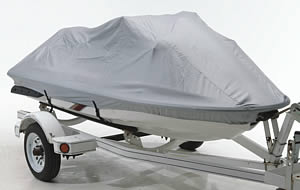 Before the weather gets too cold, it’s a good idea to winterize your PWC or WaveRunner. Winterizing your PWC or Waverunner ahead of time will help you get back on the water earlier next spring or summer. To start, you will want to drain the engine and ensure all the water is out of it. The best place to do this is right at the loading dock; start the engine a few times for no more than 30 seconds to flush out all the water. The next step is to clean up; wash the exterior and ensure that the watercraft is dry. Ensure that you fill up the gas tank to avoid condensation, and remember to store it in a cool place. It’s also a good idea to fill up on Yamalube 2W oil (or your preferred brand). The final steps are to replace the spark plugs and remove the battery.

When storing your watercraft, remember to plug the exhaust pipe with a bit of steel wool or a rag to prevent animals or bugs from nesting there. Be sure to cover your PWC or WaveRunner as well to keep it protected while in storage. 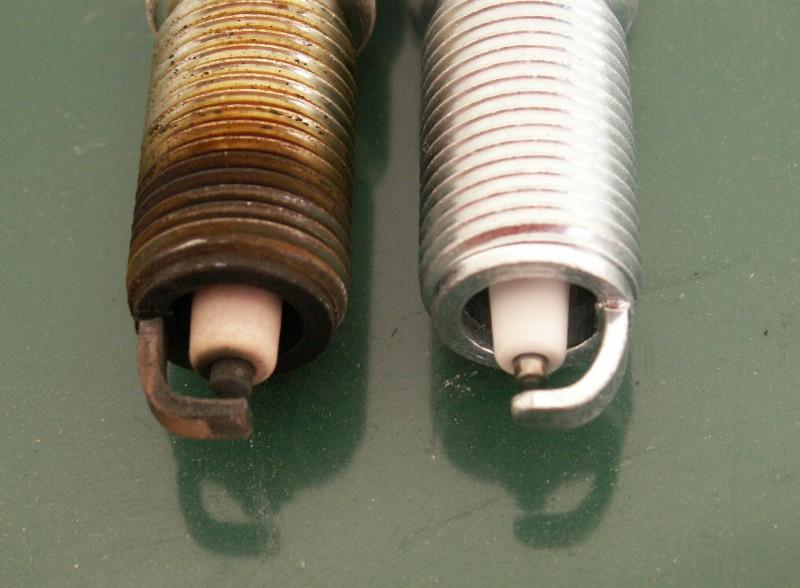 There are numerous common issues that arise when servicing dirtbikes and motorcycles, and one such issue occurs when the spark plug becomes saturated with oil and then fouls. This often occurs because of use of incorrect 2-stroke oil used in the engine. In most standard 2-stroke engines, Yamalube 2R or Yamalube 2S oil work the best. To correct the problem, drain the old oil from your injection tank before you add the new Yamalube oil. If the problem doesn’t correct, it could be due to other factors including:

For information on fixing these common problems, check online or with your mechanic. Most problems can be fixed without professional intervention. 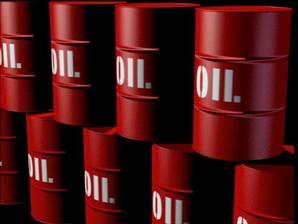 When storing oil in barrels, it’s important to be aware of the proper safety precautions. First of all, it’s important to ensure that your oil barrels are secured and that there are no leaks. Even a small leak can be quite harmful to the environment. It’s also best to store bulk oil in a cool but dry location. If there is water runoff or water present at the storage location, it will be much easier for the oil to disperse into the environment. You should also ensure that the oil is stored on a flat non-permeable surface. If oil is allowed to seep into the ground it can contaminate underground water systems. In general, slab concrete or metal plates are the best for oil storage.

Perhaps the worst place to store bulk oil is in your backyard or some other location that is outdoors. Plants, wildlife, and even humans can be adversely affected by oil contamination. Be extra careful if you’re forced to store oil outdoors or near the ocean, lakes, rivers, and streams.