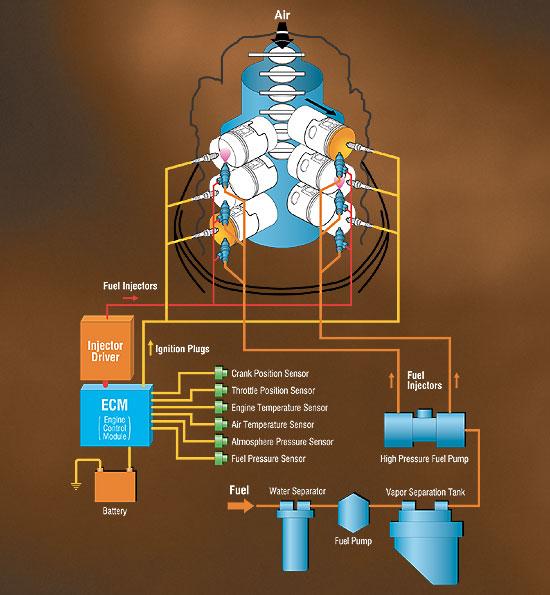 For rapid acceleration and blazing speed, boaters the world over turn to lightweight, compact outboard motors. These motors have progressed by leaps and bounds – especially in the last 40 years – in terms of increased efficiency. By the late 1970s, the world was beginning to gain an environmental conscience. As a result, boaters began scouring the outboard motor landscape for engines that created less pollution.

The Yamaha High Pressure Direct Injection system was borne from these environmental concerns. As its name implies, the system sends gas directly to the combustion chamber. Outboard motors that utilize this system retain their compact appearance and impressive power, but they also gain fuel efficiency. All Yamaha 2-stroke engines require high-quality outboard oil. The VMAX line of motors, available in 150- and 300hp incarnations, continue to meet and exceed EPA emissions standards year in and year out. Where once certain marine engines got a bad rap for polluting lakes, rivers and oceans, the astonishing evolution of outboard technology has made 2-stroke engines more environmentally friendly than ever.