More than 100 Years of Evinrude 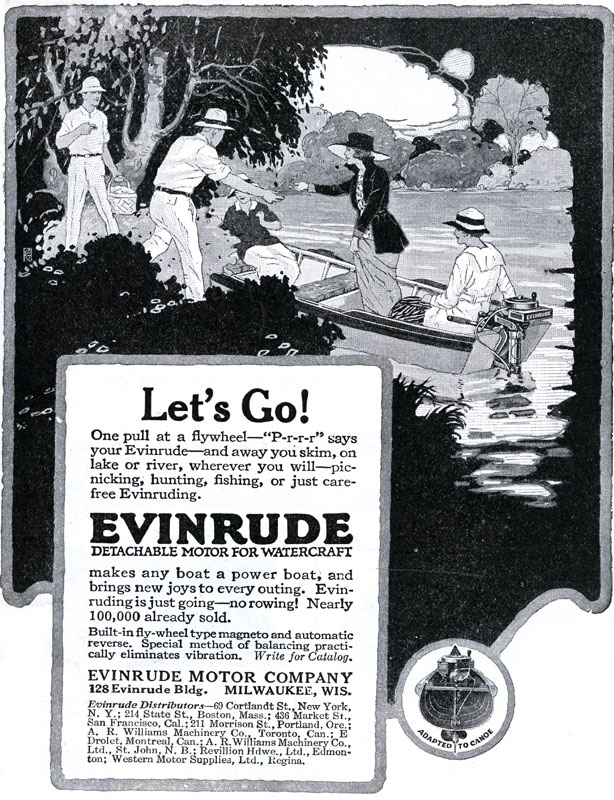 Since its inception 102 years ago, Evinrude has been a pioneer in the outboard motor market. Surprisingly, the first outboard motor built by company founder Ole Evinrude in 1907 wasn’t all that different from today’s 2-cycle engines. The components remain the same, but new Evinrude engines feature significantly increased speed and efficiency.

By 1930, Evinrude – or the Outboard Motor Company, as it was then known – had introduced the first electric-start outboard motor. A year later, Evinrude’s ingenuity paid off as it became the world’s largest outboard motor producer. During WWII, Evinrude secured a government contract to manufacture airplane parts in addition to its standard line of sturdy, dependable outboards. The company hit the ground running at war’s end, increasing production domestically.

Throughout the company’s history, Evinrude has continued the tradition of building and improving quality 2-cycle engines. In 2005, the Environmental Protection Agency presented the Evinrude E-TEC 2-stroke with its Clean Air Excellence Award. The E-TEC set a new standard for fuel efficiency and eco-friendly performance, and it runs best when well-lubricated with Evinrude oil. There’s no telling what this dynamic company will do next, but one thing is certain: Boaters will benefit.