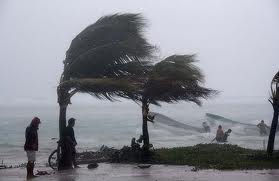 Neither of this year’s category-4 hurricanes, Danielle and Earl, made landfall on the Atlantic Coast during the late-summer storm cycle. But that doesn’t mean residents didn’t feel the effects of the two very powerful tropical storms. 70-80 mph winds were reported in both the Outer Banks and in some New England states as the two storms slid up the coastline. If Earl had not weakened and remained 85 miles off shore, it would have torn through the Outer Banks with catastrophic effect.

Danielle, on the other hand, stayed several hundred miles of shore and had less of an effect on coastal communities as the two storms went up the East Coast in August and September. This comes as good news to avid boaters in the Eastern United States who will be able to enjoy this season’s shorelines without having to rebuild from a cataclysmic hurricane season. I know I’ll be taking my boat out as soon as possible, that’s why I’ve already stocked up on boat motor oil for the season to come.