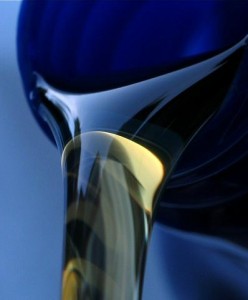 Up until last boating season, I had been using the same brand of oil in my boat for over 20 years. As the saying goes, “if it isn’t broke, don’t fix it.” As it turns out, something was broken. When I took my craft in after experiencing some grinding in the motor, I was told that my oil was doing an insufficient job of providing lubrication. Apparently, the oil that I had grown so fond of was now considered the “cheap” version and not intended for use in high-mileage boats.

The owner of the shop suggested that I switch to Evinrude XD 100. It is the highest quality oil that Evinrude produces and is one of the most trusted products on the market. All of the oil’s specifications exceed the minimum standards, which is especially important with the astronomical number of miles I’ve put on my boat.