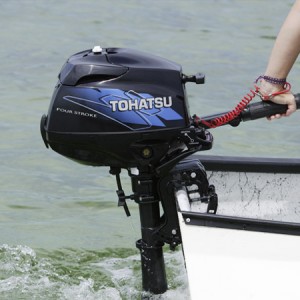 After dealing with motor vehicles for the better part of my life, this question is one of the most consistent and polarizing that I encounter. Many people simply think that four is better than two, while others assume that a two-stroke must be more efficient. The truth of the matter is that the type of engine that you choose is dependent upon your particular needs and wants.

There are two types of two-strokes: the old-fashioned gas guzzling models and newer direct-injection (DI) engines that are extremely fuel efficient. For the most part, these DI engines are the lightest models on the market. Four-strokes run quieter than their two-stroke counterparts and generally provide a smoother overall experience. One of the main disparities is that with a four-stroke motor the outboard motor oil goes directly in the engine, whereas in a two-stroke it is mixed in with the gas-which can be a hassle.