Brief History of the Yamaha WaveRunner 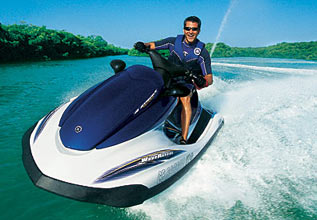