Maintaining an Engine with Snowmobile Oil 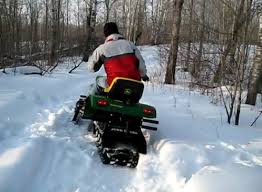 One of my friends owns his own snowmobile. This year, even though there has been plenty of snow in the mountains, he hasn’t gotten to take his snowmobile out, and won’t until this weekend. He recently had a daughter, so he hasn’t really had much time for anything other than taking care of his wife and baby. However, this weekend he’s going up to the mountains.

He had to prepare his snowmobile for the season, since he hadn’t gotten a chance to do so before. He filled the oil reservoir with new snowmobile oil.  He bought brand new spark plugs because his old ones were past their prime. Now that he’s done all of this, he can go out this weekend and just have some fun.