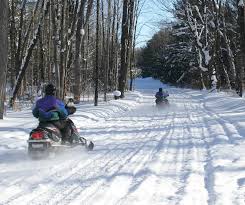 My cousin has a snowmobile that he takes out every winter. When the snow in the mountains gets deep enough, he and a couple of friends take their snowmobiles up to the mountains to race around in the snow. I have always admired their bravery because I personally don’t like to zip around on small single passenger devices.

Since he bought his snowmobile, he has had to learn a lot about how to maintain it, so that he can keep it going as long as possible. One thing that he learned was that snowmobile oil is all very different. As an owner of a snowmobile, he had to learn which brand to use to keep his engine running well and too create less exhaust fumes that might make him sick or dizzy.