Enough Snowmobile Oil to Last Me until Next Winter 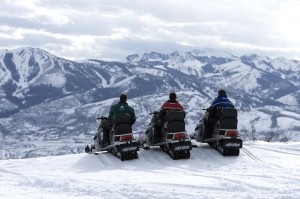 There’s not going to be a whole lot of time before the season truly changes and we stop seeing snow. Snow’s been a pretty major part of this winter and it’s been pretty brutal in some instances. However, I’m the type of person that likes to make the most out of potentially unpleasant situations.

Since there’s been a ton of snow this year, I’ve gotten more involved in snow sports like snowboarding and skiing. I’ve also been taking the snowmobile out quite a bit. I’ve still got plenty of snowmobile oil, however. I have enough that it’ll probably last me into next winter, when I’m sure I’ll be taking it out again.