Out Early from the Concert 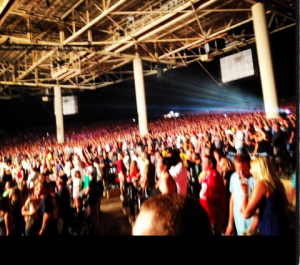 I went to a concert recently and I had a lot of fun there. It was an electronic concert, which was something that was new to me, and I think the doors opened around seven-thirty PM and I showed up around eight. I didn’t know most of the opening acts at all but the venue was large enough for my friends and I to have some drinks and chat while we waited for the headliner.

The headliner showed and was on for probably an hour and it was pretty awesome. By the time we left, it was only about ten-thirty PM, maybe on the cusp on eleven. I got home early enough to do an oil change on my boat with the Mercury outboard oil that I had, so that I’d be able to go out boating the next day like I had wanted to.