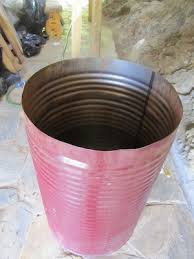 For the past couple of years my father and his friends have used a large oil drum to supply themselves with all of the boat oil that they needed. After adding the oil to their boats for the summer season, they became aware that they were at last in possession of an empty 55 gallon drum. Initially, there was a lot of debate about what to do with the empty drum.

An empty Mercury oil 55 gallon drum was not nearly as useful as a full one, so all of the men immediately claimed that disposing of the drum was not their problem. My father looked up some resources online for how to dispose of oil drums, but all of it seemed fairly complicated. Eventually, my father and his friends decided that the best thing to do with the drum was to see if they could refill it