Yamalube to Escape the Storm 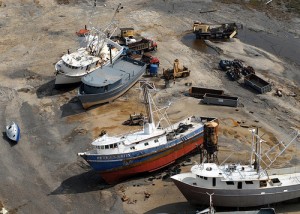 One of the scariest things in the world is being out on your boat and getting caught in a storm. I’ve had it happen to me one single time and it’s not something I would ever recommend. There had been a low percentage of a storm hitting the day I went out, so I assumed it would blow over, as weathermen have a tendency to exaggerate or just be flat-out wrong.

This time, the storm warnings were legitimate, however. I was lucky that I made sure to load my boat up with Yamalube oil, because that way it had the power that it needed to get me as far away from that storm as possible. I managed to get out of there without getting hurt or without any serious damage to my boat, but it was a terrifying experience