An Irrational Fear of Cruise Ships 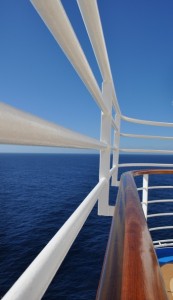 I have an irrational fear of cruise ships that stems from the knowledge I have about the Titanic. I’ve obviously seen the movie Titanic, as well as a number of documentaries about the ship, and for some reason, they’ve instilled this really bizarre deep-seated fear of cruise ships. I was invited out to go on a cruise with some family members not too long ago and I had to vehemently refuse because even the thought of being on a cruise ship made me woozy.

Oddly enough, it’s only cruise ships that freak me out. Other types of watercraft don’t terrify me at all. I’m actually a huge fan of boating. Just the other day, I went out and picked up some Mercury Premium Plus oil for my own boat. However, you’ll never see me on a giant cruise ship-sized watercraft; I think part of what really terrifies me is the sheer size of the boat itself. I wouldn’t be able to deal with it.