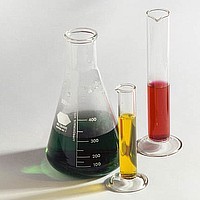 With the whole world going green, scientists have been hard at work developing synthetic forms of oil. One such oil scientists have been working on for some time is a vegetable oil similar to the stuff many people used to cook their food. This vegetable based chemical oil promises a cleaner more renewable alternative to petroleum-based motor oil. In addition, it is possible that this oil could be produced cheaper, and offer a number of performance enhancing benefits such as preventing engines from overheating, protection from corrosion, and better lubrication.

Though bulk motor oil from vegetables is not viable for the near future, it is possible that in as little as five years there will be more options available.