Sucking Up Weeds Isn’t Your Only Problem: Choosing the Right Waverunner Oil 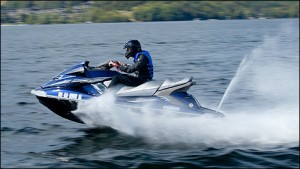 I grew up on a large river in Western Massachusetts. My summers were spent on the water, either in a boat or a jet ski, racing around and making trouble, enjoying the wind in my hair and splash of cold water against my face. That was how I usually enjoyed it, however, unless my Waverunner sucked up a bunch of weeds again and sputtered and died.

And that wasn’t the only problem I ever had. I also had an issue with using the cheapest 2-cycle oil I could find instead of the correct Waverunner oil. This, I learned, presented several problems and I believe resulted in the failure of the engine after just a few years in use. The machine never seemed to run clean, clogged by weeds or not. I definitely learned the hard way, now that my jet ski is out of order, the importance of buying good oil to run your machines.