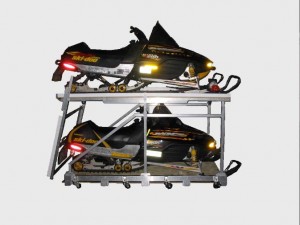 Once the fuel is drained from the carburetor, remove the drive belt and store it unrolled in a safe location. Leaving the belt on during the offseason can cause it to warp to the shape of your sled. There is also the possibility of condensation collecting in-between the clutch sheaves and the belt, which will be detrimental to the smoothness of your ride. Tomorrow we will discuss proper storage of the battery and go over a few minor adjustments to ensure the integrity of your snowmobile isn’t jeopardized.