Advantages of a Two Stroke Engine with Mercury Outboard Oil 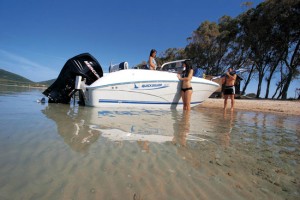 For many consumers, there doesn’t sound like there is much of a different between a two stroke engine and a four stroke engine. The first thing to understand when it comes to the differences between the two is what a stroke actually is. A stroke in an engine is the movement of the piston going up or down. The power stroke is when the gasoline in the cylinder fires.