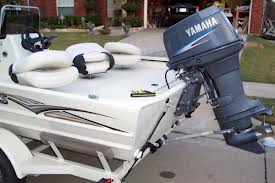 When my brother was first shopping for outboard motors, he was considering a lot of different options. Some of his friends who had boats told him that he should look at Yamaha outboard motors, because they had had really good experiences with the motors they owned. This was the type of motor that my brother ended up choosing.

Since his outboard motor is a two stroke engine, he would have to find a good two stroke oil to use with it. He very quickly chose Yamalube 2m because this was the oil that was listed in the user manual for his engine. He wasn’t a very experienced boater at the time, so he just went with the easy option. He has never regretted his choice though.