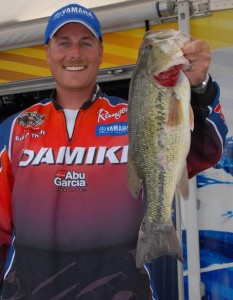 Since 2004 angler Bryan Thrift has finished 75 fishing events. He has earned $839,706, according to FLW Outdoors, and has won five tournaments. He has had 24 top10 tournament finishes with his largest bass weighed to win the Big Bass award clocking in at six pounds, nine ounces.

Perhaps Thrift’s proudest fishing accomplishment is winning the 2010 FLW Tour Angler of the Year. His boat is a Ranger and his motor is from Yamaha. No doubt, he likely keeps his motor in tip top shape with Yamalube oil.