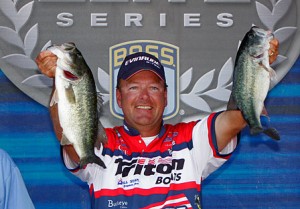 Fishing enthusiasts are probably already familiar with the name Davy Hite. He is a well-established professional bass angler having four major titles to his name and being named a two-time BASS Angler of the Year. When Hite isn’t competing in tournaments, he spends his time with his wife and two sons in South Carolina on a small private lake stocked with bass.

Recently, Hite came in second at the Murray Bassmaster Elite Series. Although he fell one place short of his goal, Hite noted that his Evinrude E-Tec engine helped give him a competitive edge. “The durability and dependability and fuel mileage were really key this week,” he told one news outlet. To achieve your own bass fishing dreams, be sure to use an Evinrude E-Tec engine and Evinrude XD 1 oil.