Invention of the Evinrude Outboard Motor 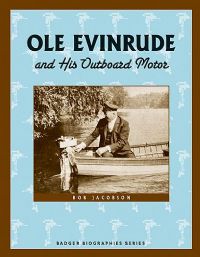 Evinrude celebrates its centennial in 2009, and has developed a number of new engines to celebrate a century of quality outboard motors. In addition to their outboard motors, the newest line of which is called E-TEC, Evinrude manufactures Evinrude outboard oil and other marine accessories which cling to the same spirit of pioneering and innovation that Ole Evinrude possessed throughout his life.