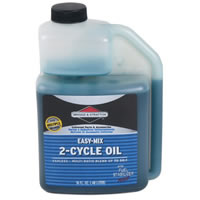 Normally, I’m wary of manufacturers’ claims. After all, they’ve got a product to sell regardless of the quality. That being said, over the years I’ve found Yamaha’s claims to be largely accurate (although they wax more poetic in their descriptions than I would).

For example, Yamaha 2M oil is described by the company as “meet[ing] or exceed[ing] the industry standard when it comes to guarding against power robbing ring stick and carbon build up.” Having used other oils intended for two-stroke engines I have found this to be true. I would also agree with their statement that Yamaha 2M oil provides “superior anti-wear and anti-corrosion protection.” Though Yamaha has proven there is some truth in advertising, I still recommend finding out for yourself.