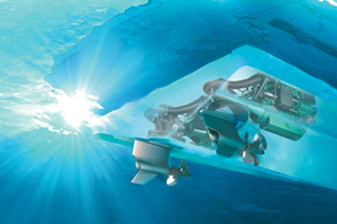 Recently, Mercury Marine congratulated Skeet Reese for winning the 39th annual Bassmaster Classic. Reese was named the 2007 Bassmaster Angler of the Year, but believes that winning the Bassmaster Classic was his greatest accomplishment. Reese attributes much of his success to his Mercury OptiMax 250 Pro XS engine, which combined with Mercury engine oil, performed flawlessly throughout the event. In a direct statement, Reese said “My engine is everything-it’s one of the tools we can’t fish without. The abuse my Mercury took this week-like hitting stumps and sucking up mud from the river bottom-proved just how tough it was”. Reese noted that the largest fish come out of the muddy water, and that it’s important to have an engine that can endure those conditions. But with his Mercury OptiMax, Reese had no trouble maneuvering through the water and taking the tournament.

In addition to Reese, two of the other most prominent fisherman in the tournament use the Mercury OptiMax 250 Pro XS engines combined with the finest mercury engine oil. For all serious bass fishermen, Mercury engines are the ones to rely on to perform in poor conditions and through a lot of abuse.