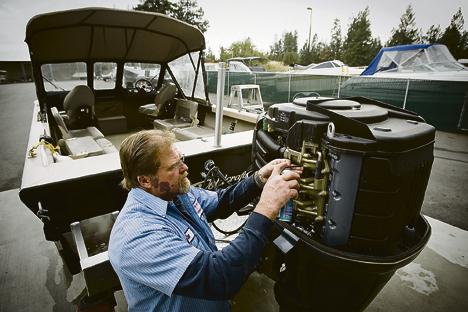 E10, the ethanol and gasoline fuel that is now the standard at most fuel pumps, often works fine with automobiles but doesn’t translate as well to outboard motors. E10 contains 10% ethanol, and in order to reduce environmental pollution, the government has mandated that all gasoline fuel must contain at least 10% ethanol. But several boat owners have found that the fuel doesn’t work as well in their outboard motors. The reason is that ethanol separates from the gasoline and moves to the bottom of the fuel tank when the boat sits still for an extended period of time. While at the bottom of the tank, water vapor or condensation can build up inside the tank, and the ethanol absorbs it. When water becomes absorbed into ethanol, it becomes a mass of watery ethanol that sits at the bottom of the fuel tank, and then upon ignition, the watery mass is sucked into the carburetor and it sputters and plugs up.

Ethanol clogs are a common problem that outboard servicers are finding more often in outboard motors. The solution is to use the manufacturer recommended fuel stabilizer, and also to ensure the proper boat motor oil is being used. Boat motor oil is formulated with additives to reduce water condensation in the engine, and can assist in preventing break downs.