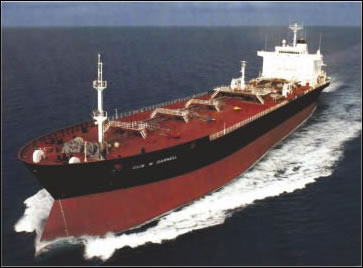 The tank ship, often referred to as a tanker, was conceived in the later years of the 19th century. Prior to this, it wasn’t practical to transport liquids over significant distances, but with the invention of the tanker, substances like oil, chemicals, fresh water, and molasses could be transported over the ocean. The oil tanker is one of the most common tank ships because most countries around the world need crude oil for refinement and all sorts of industry. However, there are dangers posed by tank ships that involve spillage of the liquid cargo in the open ocean. Bulk oil spills, like that of the Exxon Valdez, caused significant environmental damage and generated controversy around the world.

However, provided the proper precautions are taken, tank ships allow transport of all kinds of valuable liquid cargo, including bulk oil. Tank ships are essential to the health of the world economy.