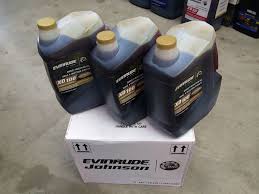 Even though fall is fully underway right now, my brother suggested that we go out on the water this weekend. Some fall weekends would actually be pretty good for boating, but this last weekend certainly wasn’t one of them. I was going to have to run both of my Evinrude engines just to make it so we were able to push against the waves in a decent way.

Luckily, I had plenty of power between these two engines to make it so that we were able to move through even the roughest water without having a lot of difficulties. Before we left, I made sure that my engines were running with plenty of Evinrude XD100 oil, because I knew that we could not afford to break down out in the middle of the water.