Finishing Off a Large Supply of Yamaha 2M Oil 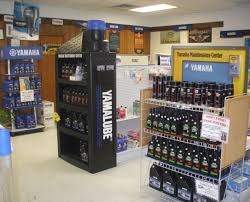 Last winter, my father found a great deal on Yamaha oil and decided that he should buy a large amount of it to give to people in his boating club and use in his own boat. Since then he has been collecting favors by offering the oil to just about everyone that he knows. This is not uncommon in the boating club he is a part of and everyone pays him back with trips in their boats.

Yesterday, my father finally ran out of the Yamaha 2M oil when he gave it to the person who is going to take him out on the water tomorrow for the Fourth of July. My father is glad that he no longer has anymore outboard motor oil to store in his garage. The supply that he bought during the winter was taking up a corner of the garage until it started getting used in the spring.