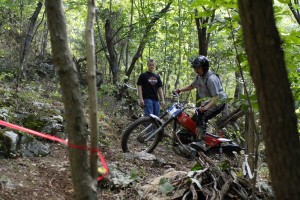 My dad was bed-ridden during a particularly nasty battle with the stomach flu, so I was going over to his house every day for a few days to help him out with errands while he was feeling ill. I knew that he had been planning a big boating trip soon and had intended to prepare for it, but was too focused on staying in bed and recovering from being so sick.

While he was out of commission, I did some maintenance on his boat that he had planned on doing. For that, I had to go out and pick up some 2 cycle oil so that I could use it on his boat. I also picked up some groceries for him and got him the medication that he would need to feel better and get over the stomach flu faster.