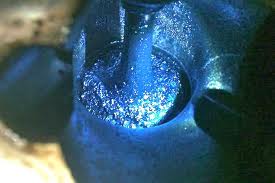 As gasoline burns in the combustion chamber of an engine, carbon is typically generated, which can result in a lot of carbon build-up. Unfortunately, this carbon build-up can interfere with how well your car or boat can run, even though it is a fairly common event when it comes to the burning of gasoline. In order to clean out the engine, special engine cleaning solvents have to be purchased.

There is another way to deal with carbon build-up, however, at least for boats, and that’s by not having to deal with it nearly at all. In order to do this, one must initially purchase a type of oil – such as Ringfree Plus – that is focused on keeping carbon build-up from occurring in the first place. No carbon build-up means a boat that’s running much more smoothly than it would be otherwise.