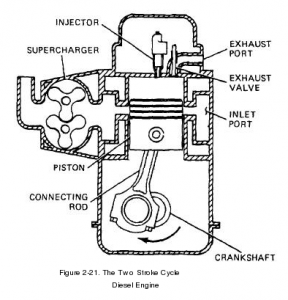 Outboard engines operate at constant speeds. Two-stroke outboard engines also operate in water, meaning they have a constant supply of coolant which is not re-circulated. Air-cooled engines, on the other hand, are used in spurts; turned on and off or left idling. These engines typically have smaller displacements than outboard engines, and are frequently overloaded. For , Mercury 2 stroke oil is recommended.